John Jacobson has served as an adjunct professor at William Mitchell (now Mitchell Hamline School of Law) for more than 20 years.  He teaches Advanced Topics in Federal Indian Law.  John began working in Indian Country in 1973, when he accepted a position with the U.S. Department of Interior, Office of the Solicitor. Over the next 10 years, he advised and represented the Department with respect to Indian treaty rights and land claims questions throughout the Midwest. Later, he entered private practice, founding the prominent Indian law firm that is today known as the Jacobson Law Group. While at the firm, John directed litigation and conducted negotiations that led to the development of Indian gaming in Minnesota, Wisconsin, and Louisiana.  He has also been a Judge on the Tribal Court of the Shakopee Mdewakanton Sioux (Dakota) Community for more than 20 years.  John received a B.A. from Carleton College and a J.D. from the University of Chicago Law School. 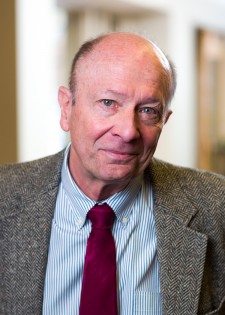