Ken Port, founder of the Intellectual Property Institute and a longtime professor at Mitchell Hamline, passed away on Sept. 27, 2019. He was 58.

Because the best legally trained person not only knows the right answer, they know why it’s the right answer, it is important that law students spend a significant amount of time and energy grappling with ‘why’. Because there are so many different career paths law students might choose upon graduation or later in life, it is fundamental that they possess critical thinking skills that will serve them no matter what job they happen to have.”

Professor Ken Port’s academic focus is on domestic, comparative, and international intellectual property law. He has received two Fulbright Research Grants to study Japanese trademark law at Tokyo University. He has served on ABA committees and international panels addressing this topic. He is fluent in Japanese and reads, writes, and presents in Japanese. He is a prolific author with some 40 law review articles and more than 10 books in print. Professor Port’s writing on Japan also focuses on vestiges of World War II, the development of law during the Occupation, and the interaction between the U.S. and Japan during that time. Professor Port’s scholarly writing on U.S. law focuses on the law and policy of trademarks. 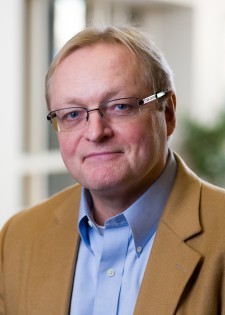