Miriam (Remi) Stone is the Executive Vice President for the Builders Association of Minnesota (BAM), where she is responsible for the operation of the statewide residential building and remodeling trade association.  In addition to assuring the execution of the industry’s comprehensive political and legislative strategies, she is responsible for legal compliance, management, budgeting, and administration of all activities for the organization. She serves as general counsel for the organization’s legal action committee. Providing oversight of BAM’s mission, she works with its Board of Directors and Executive Committee to achieve to advocate for excellence in the homebuilding industry.

With more than 20 years of experience working with local, state and federal governments, she has worked as lobbyist, practicing attorney, and director of government affairs for several organizations and businesses in 23 states and Washington D.C.

Prior to joining the BAM, she was Regional Director of Government Affairs for MillerCoors Brewing Company representing the company throughout the East Coast and Mid-Atlantic states where she achieved policy outcomes increasing efficiencies for the company and had responsibility over the management and prioritization of consultants, focused corporate sponsorships, political contributions, and industry partnerships.  Her corporate government affairs work includes representing Advance America, an international consumer finance company, throughout the Midwest and in Washington, D.C.

Her professional experience includes working as an attorney at Larkin Hoffman; director of public policy for the Builders Association of the Twin Cities; general counsel with Minnesota Developers and Builders Legal Action Fund; and Owner of Crocus Hill Consulting, LLC.  Stone has represented the Residential Subcontractors and Suppliers,  Minnesota Association of Subcontractors, Association of Minnesota Building Officials, the League of Minnesota Cities, and the Coalition of Greater Minnesota Cities.  Early in her career, she was Committee Administrator to Minnesota State Senator Jim Vickerman, Chairman of the Senate’s Local Government Committee.

Stone served as Planning Commissioner for the City of Roseville and is currently a member of the City of St. Paul’s Truth In Sale of Housing Committee.

Stone earned bachelor’s degrees in political science and sociology from the University of Wisconsin, Eau Claire, and served in the United States Air Force and Minnesota Air National Guard. Stone earned a juris doctor from the Hamline University School of Law.

Stone has been an adjunct faculty member since 1999, teaching courses in the areas of statutory interpretation, drafting, legislation and lobbying with emphasis on ethics in non-adjudicative settings. 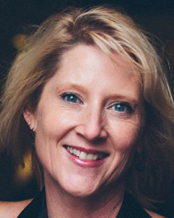