Peter Barry ’96 has dedicated his professional life to protecting consumers against abusive debt collection activity. He is admitted to the United States Supreme Court, as well as dozens of other state and federal courts throughout the United States. He was named Consumer Lawyer of the Year for 2005-2006 by the National Association of Consumer Advocates. He was named as a Super Lawyer for 2003 by Minnesota Law & Politics Magazine. He has been a volunteer ethics investigator in Hennepin County since 2006. He has personally trained more than 1,000 lawyers from every state in America in a three-day litigation seminar called the FDCPA Boot Camp. fdcpabootcamp.com He has a 10.0 Avvo.com Rating (Superb).

Pete volunteers on the Federal Pro Se Project Panel for the United States District Court, where he helps unrepresented parties navigate through the federal court system. He received his B.A. from the University of Minnesota in 1993 and his J.D. from William Mitchell in 1996, a predecessor school of Mitchell Hamline, where he competed nationally on the school’s trial advocacy team. He won top honors for his appellate work. He did extensive clinical work with several organizations including the Ramsey County Public Defenders Office, Legal Assistance to Minnesota Prisoners, and the St. Paul Tenants Union. He continues to provide pro-bono legal services in the area of consumer rights. Pete’s law firm, Barry & Helwig, is located in Minneapolis where he practices law with his friend and law partner, Pat Helwig ’10. lawpoint.com. Along with his beautiful wife, Robin, he enjoys his five daughters and travelling the country. 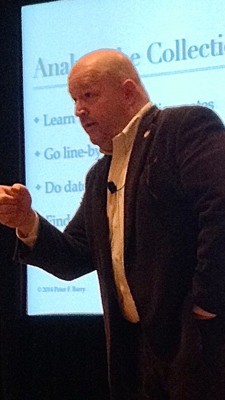