Peter Riley has been exclusively engaged in the practice of trial law since 1977 focusing in the areas of personal injury, wrongful death, product liability, medical malpractice,and legal malpractice. He joined Schwebel, Goetz & Sieben in 1991 and became shareholder in 2002.

He has received many honors including being selected as an Attorney of the Year by Minnesota Lawyer, and being named as one of the “Best Lawyers in America” by authors Woodward and White. 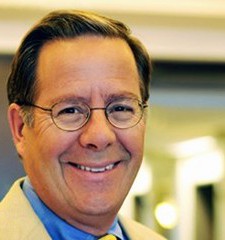