Rob Meyers is an Assistant Federal Defender (AFD) in the Office of the Federal Defender for the District of Minnesota. He represents poor people accused or convicted of federal crimes, and appears and argues before U.S. District Court and the Eighth Circuit. Before becoming an AFD, he clerked for three federal judges and one state judge, spending over four years addressing unique and difficult legal issues in civil and criminal cases. He also spent two years at the Iowa Attorney General’s Office as an Assistant Attorney General working primarily in civil litigation and consumer protection.

Rob graduated first in his class from the University of St. Thomas School of Law in 2007. He earned the Dean’s Award for the highest grade in 11 of his classes. At the Evans Constitutional Law Moot Court Competition, he and his partner finished in second place.

Rob has a B.S. degree from Eckerd College, where he graduated with a 4.0 GPA as a double major in Chemistry and Computer Science. Before becoming an attorney, he worked for nearly four years as a grassroots organizer on environmental and economic-justice issues.

Rob taught 1Ls legal writing at the University of Memphis School of Law in 2010-2011. 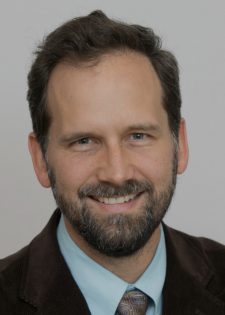