Dyllan Linehan received his undergraduate degree from the University of Minnesota-Twin Cities, where he focused on American Indian Studies. After graduation, he attended Mitchell Hamline School of Law because of its emphasis on Indian Law. As a law student, he took advantage of every opportunity the school offered to develop his expertise in the area. He took courses including Federal Indian Law, the Indian Law Impact Litigation Clinic, the Indian Law Criminal Defense Clinic, and the Tribal Code Drafting Code. He was an active member and board member of the school’s Native American Law Students’ Association, and also participated in the 2016 National NALSA Moot Court Competition.

Additionally, he gained a great deal of experience working directly with several Minnesota and Wisconsin Tribes, both as a law clerk and through Mitchell Hamline Clinics.

Finally, he worked to improve his research skills in the field by completing a judicial clerkship with the Shakopee Mdewakanton Sioux Tribal Courts, developing two Independent Research Projects focused on Indian law issues, serving as a research assistant to Professor Colette Routel, and spending countless hours on pro bono research for Indian tribes at the Minnesota Historical Society, the Wisconsin Historical Society, and the National Archives. 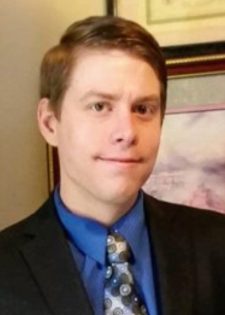