Angelique W. EagleWoman (Wambdi A. Was’teWinyan) has served as a pro tempore tribal judge in several tribal court systems at the trial and appellate levels. One of the highlights of her career was serving as general counsel for her tribe, the Sisseton Wahpeton Dakota Oyate. She has taught in the areas of Aboriginal Legal Issues, Indigenous Legal Traditions, Tribal Nation Economics & Law, Native American Law, Native American Natural Resources Law, Contracts, The Business of Law, and Civil Procedure. She presents and publishes on topics involving tribal-based economics, Indigenous sovereignty, international Indigenous principles, and the quality of life for Indigenous peoples. She has received numerous awards in legal academia and has been a frequent speaker on issues of diversity, inclusion, and professionalism. At the University of Idaho College of Law, she established the Native American Law Emphasis program and graduated 33 students over seven years. She also served as dean of the Bora Laskin Faculty of Law at Lakehead University and was the first Indigenous law dean in Canada. She also serves as a board member for the Minnesota American Indian Bar Association (MAIBA).

University of Idaho College of Law, professor of law, 2008–16

Professor EagleWoman has a strong interest in access to legal education for historically underrepresented groups and people of color. She has served on the LSAC Diversity Initiatives Committee and other diversity committees. During the summers of 2010, 2012, and 2014, she taught the civil procedure course at the Pre-Law Summer Institute (PLSI) for American Indian and Alaska Native students.

Athena Woman of the Year Award for Faculty, Univ. of Idaho, 2014

“50 Under 50: The Most Influential Minority Law Professors 50 Years of Age or Younger” in Lawyers of Color magazine, 2013 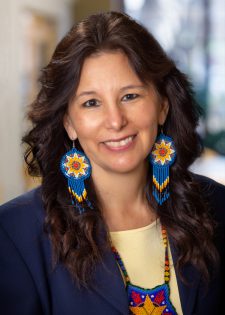