Garrett Mulrooney is a specialist in the Office of Academic Excellence at Mitchell Hamline. He teaches Legal Methods, Bar Preparation Strategies: MPT, and Bar Preparation Strategies: MBE & MEE. Garrett also works as a one-on-one instructor with students, providing academic support throughout law school, as well as bar preparation support. Garrett has over a decade of experience working as an adjunct associate professor of legal writing at the University of Minnesota Law School, where he teaches legal writing theory and practice and basic advocacy skills to both first year and upper-level law students. He was awarded a Kinyon Teacher of the Year Award from the University of Minnesota in 2019.

Outside of work, Garrett enjoys running, cycling, and spending time with his family. His two claims to fame are taking the Nevada bar exam in the ballroom at Caesar’s Palace overlooking the Las Vegas Strip, and listening to 162 Nine Inch Nails songs in a row during a 72-hour endurance run.

Garrett served as an Army infantry officer with the 101st Airborne Division at Fort Campbell, Kentucky, and as a judicial law clerk for the Judge Mark W. Gibbons in Clark County (Las Vegas) Nevada. He worked for 13 years in various roles at the Thomson Reuters, the world’s largest publisher of legal information. Garrett was ultimately a senior product developer at Thomson Reuters and worked on the WestlawNext platform, commercially released in 2010. 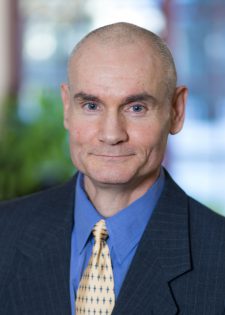