Iris C. Freeman, MSW, is a longtime advocacy leader in public policy for older adults. Her current and recent research focuses on effective interventions in financial exploitation.  She is the board president of the Minnesota Elder Justice Center and has taught Elder Justice and Policy classes to law students since 2008.

She previously taught Community Practice, Advanced Community Organizing, and Advocacy courses at the University of Minnesota Graduate School of Social Work from 2003-2008. In 2002, she was honored by the school as its Alumna of the Year and in 2010 as a Distinguished Alumna of the University’s College of Education and Human Development. In 2011, she was selected by The Consumer Voice (formerly the National Citizen’s Coalition for Nursing Home Reform) to receive the Elma Holder Founder’s Award for leadership in long-term care. In 2012, she was named a Leader in Public Policy by the Capitol Report/Politics in Minnesota journals. Most recently, she received the 2015 National Adult Protective Services Association’s award for Advancing the Field through Collaboration in recognition of forty years work to build coalitions for elder justice.

Ms. Freeman directed the Advocacy Center for Long-Term Care for over 20 years and was director of public policy at the Alzheimer’s Association, Minnesota-Dakotas Chapter from 2000-2003. She has brought long-term care consumer perspectives to state and local working groups and lawmakers since the 1970’s as staff in these organizations and, later, as a public policy advisor to seniors’ and labor organizations. She publishes widely in professional journals and serves on local and national boards and advisory committees. 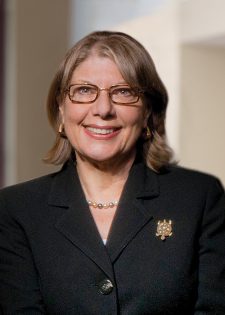