The story of Alec Smith’s death has crystallized public opinion on insulin pricing, and for all the right reasons. Alex Smith was a young man who was born with diabetes and without the financial means to pay the bill for insulin. Yet insulin remains inexpensive to produce and vastly overpriced by an unregulated pharmaceutical industry. 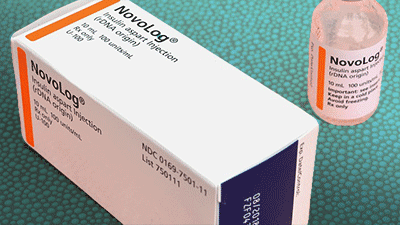 Alec’s story revealed the truths about pharmaceutical pricing in America and the problems that extend beyond insulin. The industries that drive American innovation and expand our capabilities as healthcare practitioners are driven to do so by profit. There is nothing wrong with that; the natural desire for industry competition places a host of miracle drugs at society’s disposal. But once those innovations are available, it is society’s obligation as an advanced and affluent society to ensure the availability of affordable pharmaceuticals and health care to all Americans, including the rich, poor, and everyone in between. And as society pursues the ultimate goal of affordable health care access for all, those industries will expand their profiteering in direct proportion to that pursuit, creating an asymptote that will prevent society from crossing the line of universal healthcare.

The expansion of profiteering is not a recent development. As a resident at Hennepin County Medical Center in the 1990s, pharmaceutical representatives would come in during our night shifts and buy us pizza. The most prolific and expansive was Purdue Pharma, which had recently developed a product called Oxycontin. Purdue Pharma marketed this “miracle drug” to residents as slow release and thus nonaddictive, and entirely safe for all users. Purdue charged residents to get the pain score (now billed the fifth vital sign) down to zero. Oxycontin was the only tool in the box. Until the social and economic devastation from this canard became unavoidable, it was tremendously successful. Meanwhile, other manufacturers observed Purdue Pharma and learned from their errors. We see similar efforts to define up disease from other drug companies—the ever-lower standards for prediabetes, hypertension, or hyperlipidemia, resulting in millions of new prescriptions each year.

Part of this profiteering can be countered by advocacy and integrity from our medical community. As industry-driven recommendations come forward, which clearly involve a vast expansion of treatment, our task is to be vigilant and skeptical based on the lessons learned from the opioid epidemic.

We can also remedy such profiteering through prudent legislation. In Minnesota’s power and energy sector, tension between the imperatives of a for-profit industry and a social necessity have been resolved by our Public Utilities Commission (“PUC”). With judicious oversight, the PUC verifies Xcel Energy is charging fair rates based on their costs, which ensures everyone can keep their utilities running. Together with Senator Scott Jensen, M.D., a Republican from Carver County, we have authored legislation creating a parallel commission for pharmaceutical pricing in Minnesota.[1] This oversight commission investigates cost drivers and bad actors in the drug industry and is essential to protecting the health and tax dollars of Minnesotans.

But investigative commissions can sometimes be plodding and ungainly, as corporations are often nimble at avoiding their scrutiny. To prevent the aforementioned, I have also authored a bill empowering the attorney general to investigate and prosecute price gouging within the pharmaceutical industry.[2] This would be particularly effective for older medications which have been monopolized by a few manufacturers, such as epinephrine injectable pens, or “EpiPens.” These pens are used to treat emergency anaphylaxis, such as peanuts, bee stings, or other allergies. The current producers of these pens did not invest any money in their research and development, yet charge whatever price they choose to a hostage public, who has no choice but to pay for this lifesaving medication. The people of Minnesota need an advocate like the attorney general in their corner if that price triples overnight with no explanation.

Moving forward, through thoughtful work by health care advocates on both side of the aisle, Minnesota can regulate pharmaceutical prices and avoid tragedies like the death of Alec Smith.