Mitchell Hamline board honored for leadership in combining law schools

Three months after presiding over the successful combination of two law schools, the Mitchell Hamline School of Law Board of Trustees is being honored by the nation’s premier higher-education governance association for “innovation and exemplary leadership.” 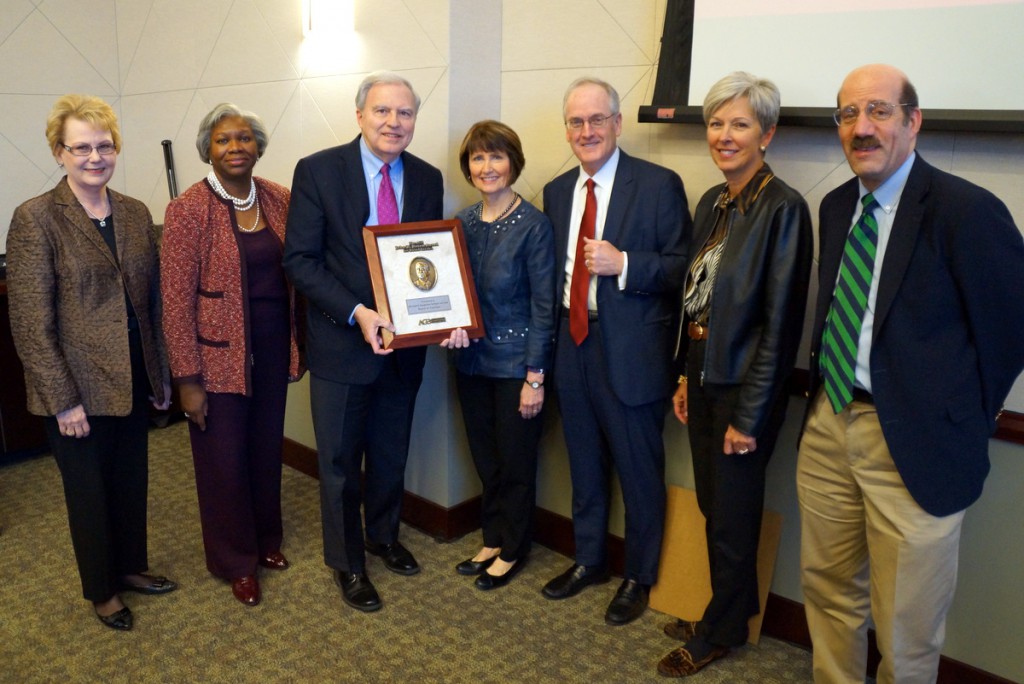 The board is one of six recipients—and the only one in Minnesota—of the AGB John W. Nason Award for Board Service, bestowed by the Association of Governing Boards of Universities and Colleges, the only national organization dedicated to providing higher-education leaders in public and private institutions with resources to enhance their effectiveness.

“The Mitchell Hamline School of Law’s board has shown that dedication to mission need not be incompatible with necessary transformation and structural reorganization,” said Richard D. Legon, AGB president, of the decision to combine William Mitchell College of Law with Hamline University School of Law. “The board perpetuated the historic mission of the institution while handling sensitive issues like faculty resizing, and managed the combination in a context of shared governance.”

In reaching its unanimous decision, AGB’s panel of judges considered the Mitchell Hamline board’s “strong leadership” in the face of significant challenges in legal education today. Enrollment declines and related tuition discounting have become common at law schools across the country in recent years. Mitchell Hamline leaders responded by navigating thorny questions of identity and governance to combine an autonomous law school with a university-based law school to create a new, independent entity. Leaders overcame more than a decade of resistance to the merger with “a carefully executed choreography of decision-making at its best,” according to the nomination letter submitted to AGB by former William Mitchell President and Dean Eric Janus and Trustee Dr. Stephen Lewis. The board “has studied and planned and endorsed innovative changes outside of the comfort zone of the vast majority of U.S. law schools,” Janus and Lewis wrote, including not just the combination but an unprecedented fund-raising campaign that brought in more than $25 million in just four years as well as the creation of the nation’s first part on-campus/part online “hybrid” J.D. program at an ABA-approved law school.

All six winners of the Nason Award—named for a former president of Minnesota’s Carleton College—demonstrated the following, according to AGB:

The winners will be honored during a special visit to their institutions by AGB’s leadership during their spring board meetings and will receive an elegant keepsake for display. The Mitchell Hamline board is being honored at its March 1 meeting. The other winners have not yet been publicly announced.

Winners also receive three free registrations to AGB’s National Conference on Trusteeship in April in Washington, D.C., where they will also be recognized at a plenary session. The good work of the winning boards will also be highlighted across AGB’s publications, including features in Trusteeship magazine and on AGB.org.