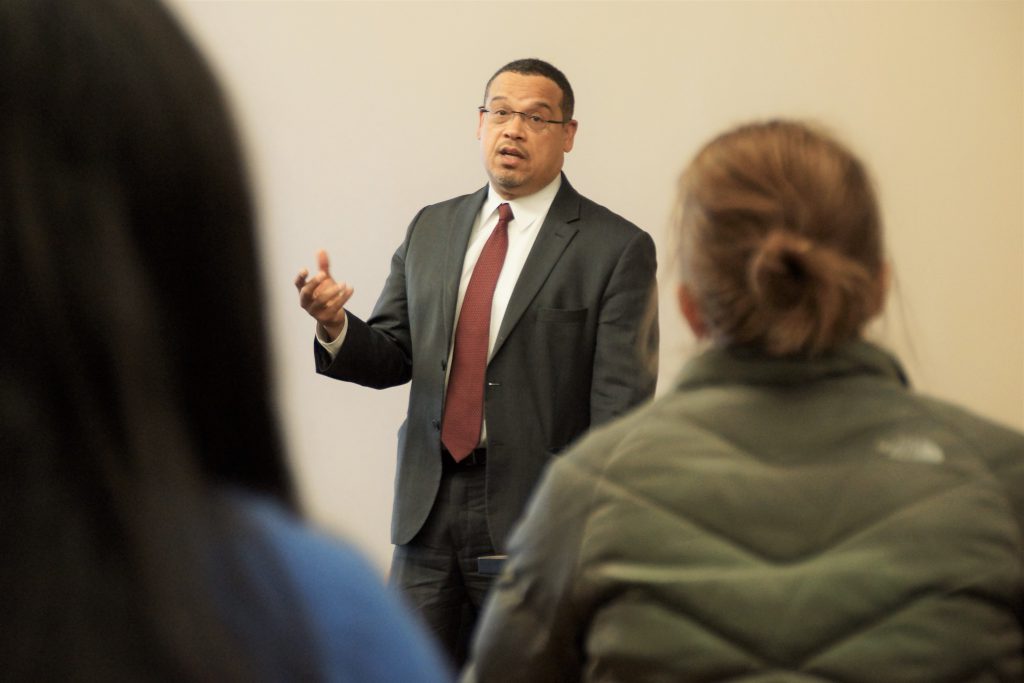 Ellison told students that while he was elected as the state’s top prosecutor last fall after spending more than 15 years serving in state and national politics, he still feels more like a trial lawyer than a politician.

After graduating from the University of Minnesota Law School in 1990, Ellison spent three years as a litigator specializing in civil rights, employment, and criminal defense cases at Lindquist & Vennum—a firm that became part of Ballard Spahr in 2018. He then became executive director of the Legal Rights Center in Minneapolis, a nonprofit organization that provides criminal defense services to people in financial need.

Ellison said his passion has always been to protect the rights of people who’ve been disenfranchised, a belief he carries into his work as attorney general.

“Criminal justice, whether you’re prosecuting or defending, is still very important to me,” he said. “I believe that our criminal justice system is where our true social values really live.”

Ellison told the students that as future attorneys their job is to protect rights inherent in the law, such as due process. As attorney general, he said he wants Minnesota to “strive for a greater level of criminal justice every day” and hopes that can be done through transparency and independent review of the state’s legal systems.

“It’s important to have some sort of system in place where we are not afraid to look back and say ‘Did we get this right?'”

Previous Post:
Institute renamed to reflect focus on child protection system
Next Post:
Students and alums gather for the Tea for Women in Law