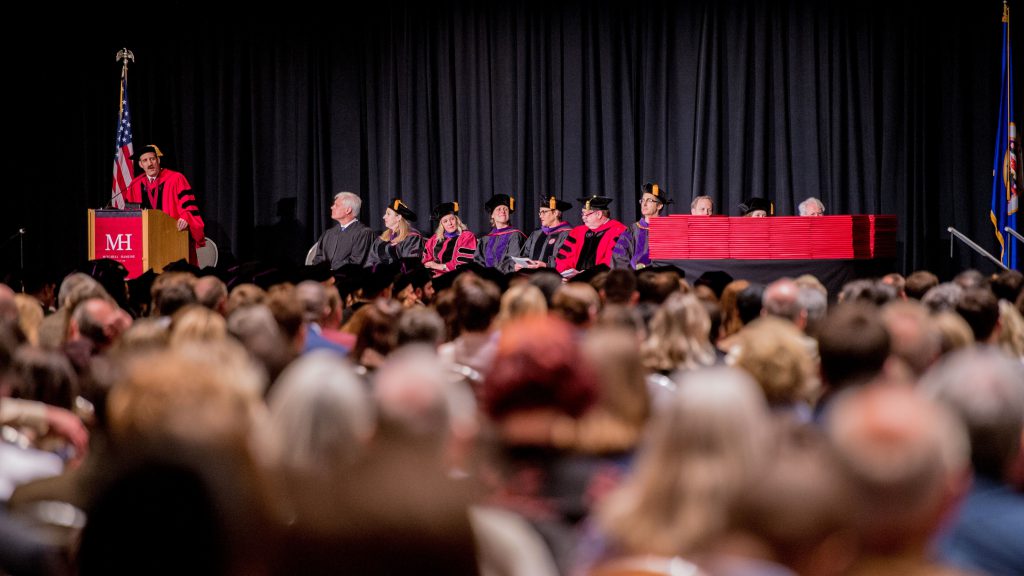 234 graduates received their law degrees at Mitchell Hamline’s spring commencement on Sunday, May 19. The new graduates join the ranks of more than 20,000 alumni.

Minnesota Supreme Court Justice Paul C. Thissen delivered the commencement address. Thissen, a former legislator who served as speaker of the Minnesota House of Representatives, was sworn in to the state’s highest court in 2018. He told the graduates the law degree they worked hard to earn is a powerful thing. “You’ve been handed a key that grants you admission to places where important decisions are made that affect people’s lives, a place that most people don’t have access to without your help,” Thissen said.

Student speaker Essence Cleveland ’19, a mother of five and United States Air Force veteran who was part of Mitchell Hamline’s Hybrid J.D. program, told her fellow graduates she was proud of what they had accomplished.  “All of our hard work has now paid off,” she said. “I stand before you all today humble and proud, of myself and of all of you, for persevering through everything to get to this day.”

Associate Dean for Academic Affairs Peter Knapp, who gave the Charge to the Class, challenged the new graduates to “go forth and be human.”

Photos from the commencement ceremony and graduation celebrations on campus were provided by Steve Woit Photography. 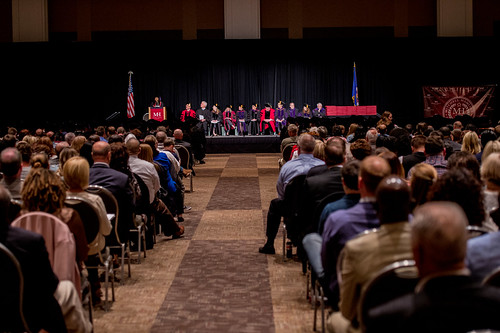