Agenique N. Smiley is an attorney, practicing in the metro-Detroit area. Her area of practice is insurance defense with a concentration on legal research and analysis as well as drafting briefs and other legal documents. She has demonstrated her proficiency in legal writing in both a formal and informal setting, winning several legal journalism awards. In 2017 and 2018, respectively, Agenique was awarded an Excellence in Journalism Award in the “Watchdog Category” by the Society of Professional Journalists for an article she wrote regarding forced arbitrations and she placed 2nd in two categories – Business and Agriculture and Government and Education – in the Michigan Press Association Annual Better Newspaper Contest. She is also a regular contributor to the Detroit Legal News, having several articles published on the front page.

Agenique is a graduate of Western Michigan University Cooley Law School and is admitted to practice both in the State of Michigan and the Federal District Courts for the Eastern District of Michigan. She also serves as member on the State Bar of Michigan Milestones Committee, which commemorates significant moments in Michigan’s legal history by casting the event in an iron plaque and dedicating it in a public venue, usually a courthouse. Agenique is also the member of several professional associations and has previous experience teaching legal research and writing. 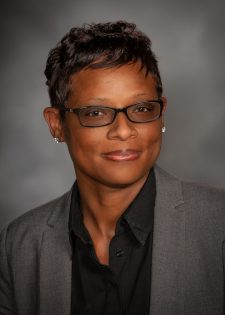