Justice Anne K. McKeig is an associate justice on the Minnesota Supreme Court. She was appointed to this court on June 28, 2016, by Democratic Gov. Mark Dayton to succeed retired Justice Christopher Dietzen.  Justice McKeig is descended from the White Earth Nations, and she is the first American Indian justice on the court. Her appointment gave the court a majority of female justices for the first time since 1991. Her current term ends on January 7, 2019. She must stand for election in 2018 in order to remain on the bench.

Justice McKeig began work as an Assistant Hennepin County Attorney in 1992 in the Child Protection Division where she specialized in Indian Child Welfare cases. She held that position until March 2008 when she was appointed by Governor Pawlenty to the 4th Judicial District bench.

Justice McKeig has also been a part-time staff attorney for the American Prosecutors Research Institute. She has spoken at many conferences including national conferences on the issue of Indian Child Welfare.

Anne K. McKeig is a 1989 graduate of the College of St. Catherine in St. Paul, Minnesota. After receiving her B.S., she went on to law school at Hamline University School of Law in St. Paul, where she received her J.D. in 1992.

She is currently an adjunct professor at Mitchell Hamline School of Law. 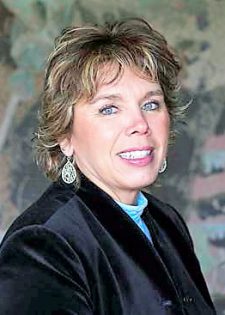