Emeritus Professor Bobbi McAdoo taught at the law school beginning in 1984 and founded and directed the Dispute Resolution Institute from 1991 to 1998. She became professor emeritus in the summer of 2014. McAdoo is a leader in the provision of negotiation and mediation skills training for lawyers and judges in Minnesota and nationally. From 1998 to 2000, she was professor and director of the LL.M. in Dispute Resolution degree program at the University of Missouri-Columbia.

McAdoo has worked with state courts institutionalizing ADR, and has written and lectured widely on dispute resolution, specifically her research about the expectations of lawyers and judges in court-annexed mediation programs and her evaluation of Minnesota’s state court appellate family mediation program. McAdoo is currently working with an International Research Collaborative of the Law and Society Association on a project to develop a research tool to study judicial dispute resolution. She frequently speaks on evaluation in the ADR field and about ADR-related curriculum efforts in law schools.

Professor McAdoo is a past chair of the AALS Dispute Resolution Section and was co-chair of the first Legal Educator’s Colloquium sponsored by AALS and the Dispute Resolution Section of the ABA. At Hamline Law she worked with others to develop and teach a new Legal Writing course for first year students, “Practice, Problem-Solving and Professionalism.” McAdoo was the co-director for the Dispute Resolution Institute Italy program in the summers of 2004 and 2007 and its India program in 2005. She also was an active participant in Hamline Law’s multi-year international effort to rethink the teaching and training of negotiation. 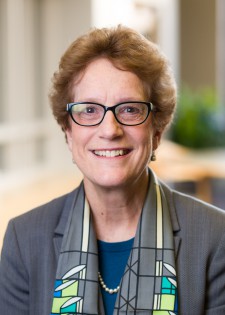