Professor Kunz joined the William Mitchell faculty in 1980 and taught for 33 years, retiring from full-time teaching in 2013. She continues to work on her contract and sales textbooks below, as well as projects with the American Law Institute, the Minnesota State Bar Association, and other organizations.

Originally hired to co-direct the college’s fledgling Legal Writing program, she worked with Professor Deborah Schmedemann and other colleagues to develop and expand it into a rigorous, high-quality course, while writing “The Process of Legal Research” (a well-respected textbook now in its 9th edition) and “Synthesis: Legal Reading, Reasoning, and Writing” (now in its 4th edition). The resulting course made it a model nationally for how to integrate the teaching of research, reading, reasoning, and writing and how to successfully hire and train experienced attorneys to teach as adjunct faculty. From 1980 through 1999, she actively participated in the Legal Writing Institute, the American Bar Association (ABA) Communication Skills Committee, and the AALS Section on Legal Research, Writing, and Reasoning.

Starting in 1984, Professor Kunz cultivated an expertise in contracts and commercial law. She is a co-author of two textbooks: “Contracts: A Contemporary Approach” (3rd ed. 2018) and “Learning Sales Law” (2016), as well as co-editor of “Selected Commercial Statutes” (an annual commercial law supplement published in four versions) and a contributing author in Research Handbook on Electronic Commerce (2016). She advised the Uniform Law Commission (ULC) drafting committee on Uniform Commercial Code (UCC) Art. 2A, served as an ABA Observer to the ULC drafting committee on UCC Art. 2, and was a vice chair of the ABA Committee on the UCC and the ABA Committee on Cyberspace Law.

“The vigor of the student body at William Mitchell—now Mitchell Hamline—makes this a terrific place to teach. I enjoyed bringing my ABA public service work (on UCC Article 2 and e-commerce law) to my teaching to infuse real-life concerns and situations into the classroom. In addition, my students’ input played a key role in helping me write text books on sales law, contract law, writing, and research.”

Beginning in 1990, Professor Kunz became involved in early efforts to develop electronic commercial law, in the ABA’s fledgling Subcommittee on Electronic Commercial Practices, which later became the ABA Cyberspace Law Committee. With ABA colleagues, she helped to develop crucial principles, coin new terms, and write definitions of those terms, many of which were subsequently incorporated into the UCC. She eventually rose to the position of vice chair of the Cyberspace Law Committee and served as an ABA Advisor to the ULC drafting committee on the Uniform Fiduciary Access to Digital Assets Act. Elected to ALI in 2002, she was on the Members Consultative Group on the Principles of the Law of Software Contracts and is currently on the Members Consultative Group on the Restatement of Consumer Contracts. 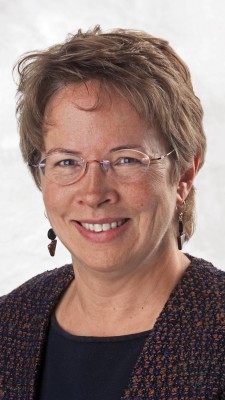