Christoph Meyer-Grimberg was an Assistant General Counsel in 3M Company’s Office of General Counsel and a member of the management team for 3M’s Oral Care Solution Division. He advised 3M’s dental and orthodontic business in the U.S., Western Europe and Germany on a wide variety of legal topics including but not limited to health care, contract, antitrust, advertising and product liability law and other general commercial legal issues. He co-led 3M’s Health Care Practice Group.

Christoph joined 3M in Neuss, Germany, in 1994 and moved to St. Paul, Minnesota, to work for 3M Company in 1999. Prior to joining 3M, Christoph clerked for the District Attorney’s Office and the District Court in Heidelberg, Germany, the Constitutional Court of Baden-Württemberg, Germany, and worked in private practice and in-house both in Germany and in the United States.

Christoph received his First State Law degree from Heidelberg University, Germany, his Second State Law Degree from the State of Baden-Württemberg and his Master of Laws in U.S. law from the University of Illinois at Urbana-Champaign. Christoph gained admission to the bar in Germany, New York and Minnesota. 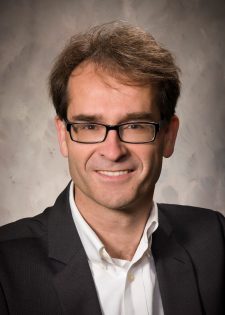