David Allen Larson is a Professor of Law at the Mitchell Hamline School of Law and Senior Fellow at the Dispute Resolution Institute. He has been involved with online dispute resolution (ODR) since 1999 and is the System Designer helping create an ODR platform for the New York State Unified Court System. David is the John H. Faricy Jr. Chair for Empirical Studies, and a Fellow for the National Center for Technology and Dispute Resolution and the American Bar Foundation. He has 60 legal publications and has made more than 170 professional presentations in ten different countries. He is Chair of the American Bar Association Section of Dispute Resolution, Co-Chair of the Section’s ODR Standards Task Force, and was a member of the ABA E-Commerce and ADR Task Force. He teaches Arbitration Law, Arbitration Skills, Disability Law, Employment Law, Employment Discrimination Law, Online Dispute Resolution (ODR) for the 21st Century, Labor Law, and Torts.

Professor Larson worked at the Equal Employment Opportunity Commission Office of General Counsel, Appellate Division in Washington, D.C. and, on behalf of that Office, participated in drafting the Regulations and Interpretive Guidance for the Americans with Disabilities Act. He was founder and Editor-in-Chief of the “Journal of Alternative Dispute Resolution in Employment” (CCH Inc.), an arbitrator for the Omaha Tribe and other disputes, and a Hearing Examiner for the Nebraska Equal Opportunity Commission. He worked with the International Legal Resource Center (a partnership between the ABA Section of International Law and the United Nations Development Programme) and the ABA Central and East European Law Initiative (CEELI). David has been a tenured professor at four different universities and colleges and practiced with a litigation law firm. 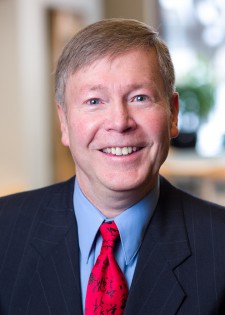