DeAundres Wilson is from Oklahoma City, Oklahoma. He received a Bachelor of Fine Arts in Visual Communications from the University of Oklahoma. He received his J.D. from Hamline School of Law in 1998 and earned a Master’s Degree in Business Administration from the University of St. Thomas. He has been an adjunct professor at Mitchell Hamline School of Law since 2009.

Professor Wilson is a former head law clerk for the Hennepin County Public Defender’s Office, a former judicial law clerk for the former chief Judge of the Minnesota Court of Appeals and a former moot court participant and coach. Professor Wilson has been the Principal Attorney at Wilson Law Office since 2004. His practice is primarily focused on child protection cases, criminal defense, family law, personal injury, and immigration. Professor Wilson has also presented at numerous continuous legal education seminars for lawyers, judges, social workers, and guardian ad items. His hobbies include woodworking, scuba diving, and yoga. 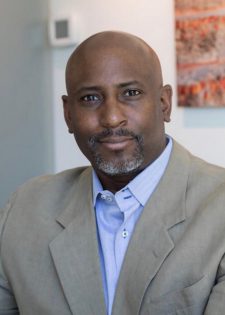