Judge Denise Reilly was appointed to the Court of Appeals by Governor Mark Dayton in 2014. She had served as a district court judge in Minnesota’s Fourth Judicial District in criminal, civil and juvenile divisions. In 2009 she was a member of the 3-judge panel for the Coleman v. Franken recount case. Before becoming a judge, she was an Assistant U.S. Attorney for eight years and was Chief of the Firearms and Narcotics Section at the time of her appointment to the bench. She also was an attorney at Lindquist & Vennum and clerked for U.S. District Judge Robert G. Renner. She has served on committees including Judicial Council, Minnesota Supreme Court Civil Justice Reform, and the Minnesota Supreme Court Children’s Justice Initiative Advisory and has won awards for her judicial work. She has been an adjunct professor at the University of Minnesota Law School since 2004. She is a distinguished alumna of the College of Wooster. 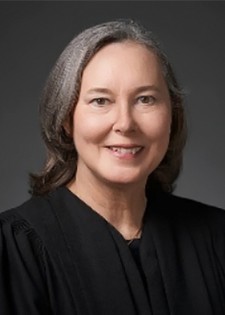