Judge Donovan W. Frank is a Senior U.S. District Judge for the U.S. District Court, District of Minnesota. Frank was born in Rochester, Minnesota. Frank began his legal career as an assistant county attorney in St. Louis County, Minnesota. In 1985, he was appointed a state district court judge in Minnesota’s Sixth Judicial District. Frank served as an assistant chief judge of that court from 1988 to 1991. He was chief judge from 1991 to 1996. On May 21, 1998, President Bill Clinton nominated Frank to the seat on the U.S. District Court, District of Minnesota vacated by David S. Doty. He was confirmed on October 21, 1998 and received his commission on October 22, 1998. He assumed senior status on October 31, 2016. He is well-known for his work making the law more just for people with special needs. 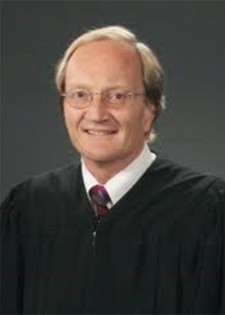