Eric Janus served as President and Dean of William Mitchell College of Law from 2007-2015.  During that period, he initiated and led a successful $25 million campaign, and the school established a Native American Law and Sovereignty Institute and Center for Law and Business, obtained permission from the American Bar Association to establish the first hybrid online/on-campus J.D. program among ABA-approved law schools, and negotiated an agreement to combine with the Hamline University School of Law to create the Mitchell Hamline School of Law.  He was named one of the “25 Most Influential People in Legal Education” by The National Jurist in 2015 and 2016. In 2018, he received the 22nd Annual Earl Larson Award from the American Civil Liberties Union of Minnesota, for his “lifelong commitment to justice and civil liberties work.”

Professor Janus’ scholarly focus has been on constitutional and public policy considerations in the development of so-called regulatory approaches to sexual violence prevention.

Cornell University Press published his book Failure to Protect: America’s Sexual Predator Laws and the Rise of the Preventive State.  His latest book, co-authored with Drs. Robert Prentky and Howard Barbaree, is Sexual Predators: Society, Risk and the Law.

In 2017, he established the Sex Offense Litigation and Policy Resource Center at Mitchell Hamline School of Law, funded by a grant from the Vital Projects Fund.  He serves as the center’s director in its efforts to provide support for impact litigation and policy-reform work designed to produce constitutional, effective, humane and empirically sound sex offense policies.

Many students come to law school with the hope of being of service to others. I hope to provide one model to them of how they can practice law and serve the public. There is a very definite connection between my scholarship, my public service work, and the teaching I do. The practice of law is most satisfying when the lawyer is able to spend part of his or her time doing work that is congruent with his or her personal values.” 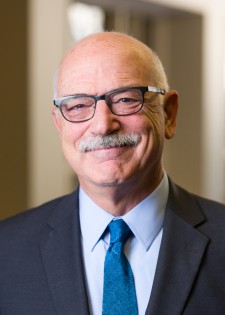