“Drafting a good contract is not the end of the job for the successful deal-maker — she must know how to effectively prevent and resolve possible disputes that may arise out of it. This is especially true in the international business arena, where the ability to make and save deals becomes the value-added of the most sought after professionals.”

Mr. Giuseppe De Palo was co-founder and chairman of the board of ADR Center in Rome, Italy, one of the largest providers of conflict management and alternative dispute resolution services in Europe. In this capacity, Giuseppe mediated over 700 disputes, and served as project director in a wide range of initiatives around the world, including in Afghanistan, Serbia, Kenya, Barbados, Nigeria, Turkey and throughout the Middle-East and the European Union. Giuseppe concurrently served as director of London-based JAMS International, a subsidiary of JAMS, the largest private provider of alternative dispute resolution services in the United States, with resolution centers nationwide and abroad. He is an international professor of alternative dispute resolution law and practice at Mitchell Hamline School of Law, where he teaches Advanced Negotiation, Cross-Cultural Negotiation, and Mediation. He was an associate at Wilmer, Cutler & Pickering (now Wilmer Hale) in Brussels, Belgium. 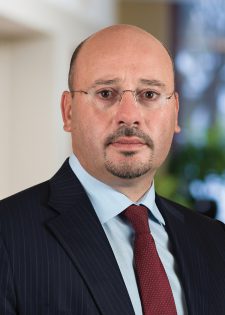