He practiced law with the firm of Meier, Kennedy & Quinn, specializing in civil litigation, from 1971 through 1981. He served as a Minnesota District Court Judge in the 2nd Judicial District from 1982 through 1996, and was chief judge in 1995 and 1996. Judge Shumaker served as a Judge of the Minnesota Court of Appeals from 1997 through 2010. As a trial judge he was designated by the Minnesota Supreme Court to preside over all of the silicone breast implant litigation and the related insurance coverage litigation in Minnesota.

Since 1972 he has taught Evidence and Trial Advocacy as an adjunct professor at various times at William Mitchell College of Law, Hamline University School of Law, and University of Minnesota Law School.

He is also the author of an Evidence Law handbook titled Rulings on Evidence and am a chapter author of the Minnesota Evidence Desk Book. 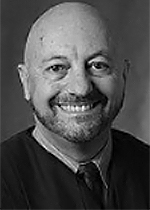