Grace O’Connor is a practicing lawyer in Washington State. She is a deputy prosecuting attorney on the civil team within the Thurston County Prosecuting Attorney’s Office, where she represents and advises county offices and officials on a wide variety of civil issues. Prior to joining the Prosecuting Attorney’s civil team, she spent several years litigating as an assistant attorney general for the state of Washington. Grace has briefed and argued cases before almost every level of state and federal court (but has not yet made it the U.S. Supreme Court). She is a 2000 cum laude graduate of Bates College in Lewiston, ME, and graduated magna cum laude in 2005 from Gonzaga University School of Law in Spokane, where she was a member of the National Moot Court team and the Gonzaga Law Review. After law school Grace returned to her hometown of Olympia, Washington to work as a law clerk for now-retired state supreme court justice Bobbe J. Bridge, and later spent several years clerking for the Honorable Debra L. Stephens of the Washington State Supreme Court. Grace is a long-time supporter of her local civil legal aid organization, and enjoys spending time outdoors with her husband and two young sons, as well as reading fiction, in her spare time. 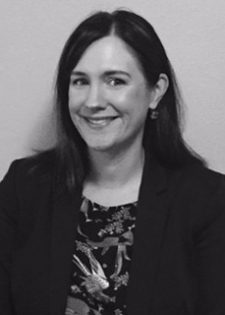