Greg was formerly the faculty director of blended learning and instrumental to the school’s effort to launch the first half online/half in-person J.D. program at an ABA-approved law school. He primarily teaches commercial law, contracts, and bankruptcy and is the co-editor-in-chief of The Business Lawyer, the scholarly law journal of the ABA Section of Business Law.

Benjamin Franklin best summarizes my philosophy on working with students at Mitchell Hamline: “Tell me and I forget. Teach me and I remember. Involve me and I learn.”

University of Tulsa College of Law: assistant professor of law, 2006-2007. 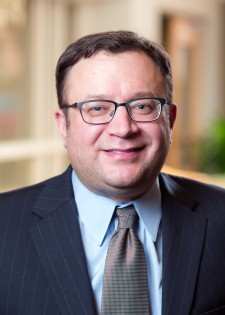