Jeremy Rovinsky serves as dean and general counsel of National Paralegal College. He has taught at both ABA-approved and online law schools. As a Judge Pro Tem for the Trial Courts of Arizona, he has presided over criminal and civil hearings, including bench and jury trials. He has worked in the New York State Assembly, the U.S. Congress, the U.S. Senate, and the Department of Justice. Mr. Rovinsky worked in private law offices in New York, Washington D.C., and in the Middle East, and worked directly under the general counsel at the D.C. Office of Human Rights. His work at a plaintiff class action law firm included assisting the firm in the representation of a number of well-known athletes and celebrities. While his book, Basic Trust Drafting, 2nd ed. (co-authored with a colleague), was listed by BookAuthority.org as one of the “18 Best New Estate Planning Books to Read in 2019”, his academic publications have mostly focused on Public International Law, specifically the intersection between animal rights and law and religion. He recently published Don’t Have A Cow, Flanders: Guidance For The European Court of Justice As It Considers The Flemish Parliament’s Ban On Ritual Slaughter, 97 Univ. Det. Mercy L. Rev. 180 (2020), which was listed on SSRN’s top ten download lists for Comparative Constitutional Law and Law & Religion. 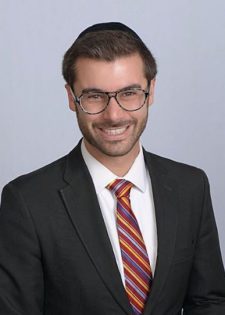