“My role as the Director of the Institute to Transform Child Protection is to carry out the program’s mission to promote legal-system reform on behalf of children and families through education and training, research, and interdisciplinary collaboration. This includes designing and providing attorney and stakeholder training for child protection system professionals; working collaboratively with other institutions to evaluate and study our model of parent representation, including use of parent mentors; and engaging partners in the child protection community around trauma based systemic change.”

Joanna Woolman is an Associate Professor of Law and the Director of the Institute for Children, Families and Communities at Mitchell Hamline School of Law. Professor Woolman researches, writes, and presents about women’s experiences in the child protection system and criminal justice system. Joanna is a member of the State Supreme Court Juvenile and Adoption Rules Committee. She also regularly presents locally and nationally at trainings focused on parent advocacy, system reform, and trauma informed practice. She teaches Criminal Law, Constitutional Law, and Feminist Jurisprudence. Prior to that she worked as a public defender in Minnesota.

University of San Francisco School of Law, 2004
– Haley Award (given to one member of graduating class by faculty for achievement in academics and service to the law school and community). 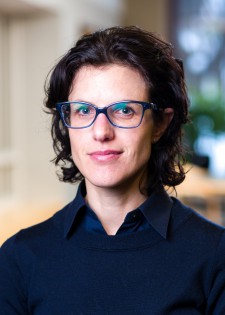