“It is not the critic who counts, not that man who points out how. . . the doer of deeds could have done better. The credit belongs to the man who is actually in the arena; whose face is marred by . . . sweat and blood; who strives valiantly; who errs and comes up short again and again; who knows the great enthusiasms, and spends himself in a worthy cause; who, at best, knows in the end the triumph of high achievement; and who, at worst fails while daring greatly, so that his place shall never be with those . . . timid souls who know neither victory or defeat.” —Teddy Roosevelt

Professor Jim Morrow’s passion is teaching, and he has more than 30 years of experience teaching law students. Hamline University School of Law students named Morrow the Professor of the Year in 2010-2011. He also teaches lawyers and judges. Morrow has taught attorneys evidence and trial/appellate advocacy at prominent Minnesota law firms since 1989. He is a senior judge and actively serves as a trial judge in Minnesota. His background as a trial judge and former U.S. Federal Prosecutor allows Morrow to bring real-life examples to the classroom.

Through the National Judicial College, Morrow has taught courtroom procedure, judicial decision making, and evidence courses to new and experienced state court trial judges from the United States and other countries since 2001. Since 1991, he has taught at the Minnesota New Judges School, instructing courses in evidence and courtroom management.

As a judge, Morrow has held many leadership positions. He was the co-founder and former chair of The Minnesota Judicial College (for experienced trial judges) from 1989-2006. He was responsible for selecting the faculty and curriculum (civil/civil procedure, family, criminal, court technology, personal development, sentencing and evidence) and for teaching evidence. He was selected by the Minnesota Supreme Court Education Director to teach Adult Learning Theory to faculty judges and serves as a member of the Minnesota Judges’ Criminal Benchbook Committee.

Morrow is active in the American Bar Association and has served in many capacities. He is on the board of trustees and is the former chair of the Minnesota Lawyers Concerned for Lawyers Commission (Lawyer/Judge Assistance Programs). He was a member and former chair of the ABA Education Sub-committee for the Commission on Lawyers Assistance Programs.

He has served in the past as president and original member of the Warren E. Burger Inn of Court; past president and board member, William Mitchell College of Law Alumni Association; past board member, William Mitchell College of Law Board of Trustees; past secretary of the MSBA, Civil Litigation Section, Governing Council; former chair-elect of the Minnesota State Bar Young Lawyers Section; and a former volunteer Legal Aid Attorney.

Morrow also has served in many volunteer and mentor capacities. He was the mock trial coach at Meadow Creek High School from 1996-2006, and he coached the team to state championships in 2000, 2001, and 2004. He has served as a volunteer trial judge for Futures in Learning Law Program, a judge for the National College Mock Trial Tournament and a volunteer appellate judge for Hamline University School of Law since 1990.

Morrow is an active volunteer in Habitat for Humanity, the Minnesota Adopt-A-Highway program, and the MSBA/LCL 50-mile bike fundraiser. 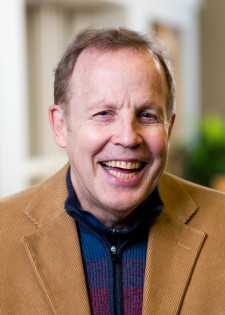