She has served on numerous task forces and committees at the state and national level dealing with issues including child abuse, sexual assault, judicial education, and jury reform.  She is a frequent lecturer at continuing education courses for judges and lawyers on issues ranging from judicial decision making to juror stress. 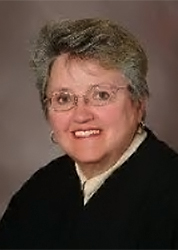