Kyle Citta is an Assistant City Attorney for the Saint Paul City Attorney’s Office practicing in the Civil Litigation Division. His work runs him through an eclectic spectrum of topics, but his main focus is in civil-rights and tort law. A graduate of the University of Nebraska, Kyle’s first law-job was in the Nebraska Attorney General’s Office working on civil rights and prisoner cases. After meeting his (now) wife, Kyle moved to Minnesota where he clerked for both Judge Juan Hoyos in Hennepin County and with the Minnesota Court of Appeals. He also taught academic excellence courses at Mitchell Hamline before moving to the City Attorney’s office.

Outside of law, Kyle is an avid but cynical Husker fan who, each year, looks forward to the new and inventive ways his team will disappoint him. He lives in Saint Paul with his wife, daughter, two cats, and a never-ending supply of coffee. 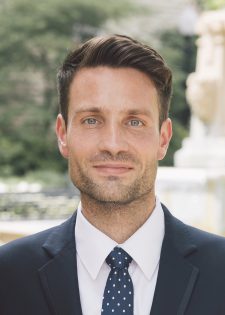