Landon Ascheman opened his own criminal defense law firm shortly after graduating. He is actively involved in the leadership of the Minnesota State Bar Association and both the Hennepin and Ramsey County Bar Associations and Foundations. He currently serves as a board member for both the HCBA and RCBA, as well as the Hennepin County Bar Foundation, and the Minnesota State Bar Association Foundation. Landon is currently co-chair of the Criminal Law Section of both the RCBA and the HCBA and serves as the Vice-Chair of the MSBA Criminal Law Section.

Landon also serves on the on the Lawyers Professional Responsibility Board, the Ad Hoc Committee to Study Early Bar Exam, the Bar Admissions Advisory Council, the Pretrial Release Initiative Implementation Steering Committee, and the Advisory Committee on the Rules of Public Access to Records of the Judicial Branch.

He has also given back to Mitchell Hamline in many ways. Landon has volunteered with the school’s Self Help Clinic since 2011, has mentored first-year students since 2010, and was an adjunct professor. He has served as an attorney judge for numerous client counseling/moot court competitions and has organized or been a presenter at several CLEs. Landon provides hundreds of hours of pro bono service to needy members of the community each year, and he helps third-graders and high-schoolers learn about the courts and the law. 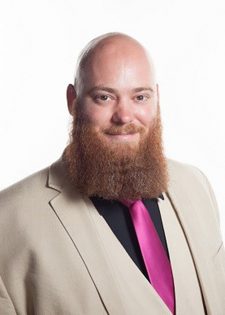