Leslie Sinner McEvoy is currently a webcast program attorney with Minnesota CLE. As part of the webcast team, she assists in the development and production of some 300 webcast continuing legal education programs per year for Minnesota attorneys in a spectrum of practice areas.

Prior to joining Minnesota CLE, Leslie was in private practice as a mediator, arbitrator, teacher and trainer. She is a Rule 114 Qualified Neutral and has been a member of the Commercial and Employment Panels of the American Arbitration Association. Since 1994, she has arbitrated a variety of commercial and employment disputes as both a sole and panel arbitrator. As a mediator, she has mediated both commercial and employment disputes. She has been a mediator with the USPS REDRESS program and she has also served on mediation panels for Community Mediation Services, the Minnesota Department of Human Rights and the Minneapolis Department of Civil Rights. She has served as an adjunct professor at William Mitchell College of Law, teaching the ADR survey course in 2008, 2009 and Fall 2015. She is a frequent speaker and trainer in the area of ADR and ADR Ethics. In 2011 she co-authored the Minnesota ADR Handbook with Gary Weissman and Linda Mealey-Lohmann. She has served in various capacities on the Executive Council for the ADR Section of the Minnesota State Bar Association, including secretary, co-chair of Programs, and Vice-Chair for Legislation. She has served as a member of the Board of Directors of Community Mediation Services since 2009. She has recently joined the Community Dispute Resolution Program Advisory Council of the Minnesota State Office for Collaboration and Dispute Resolution.

Prior to her ADR practice, she was a trial attorney practicing with the firm of O’Connor and Hannan (1983-1985) and with the firm of Fruth & Anthony, P.A. (1985-1994). As a litigator, she handled a wide variety of commercial and employment matters, including securities fraud, shareholder disputes, contract claims, employment discrimination, sexual harassment, and non-competition clause disputes. 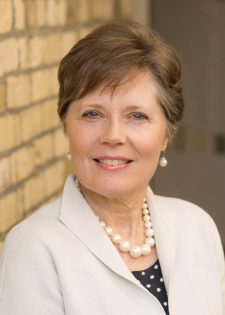