Dr. Linda Hanson is president emerita of Hamline University, after serving as its 19th president from 2005–15. She served on Hamline’s negotiating team that led to the combination agreement of Hamline University School of Law with William Mitchell College of Law. Dr. Hanson served as president of College of Santa Fe and in senior administrative positions for Seattle University, Texas A&M Corpus Christi University and as CEO of Independent Colleges of Washington. Over a 29-year career, Dr. Hanson has served on several national higher education boards, Minnesota Private Colleges Council, Ordway Center for the Performing Arts, Guthrie Theater and Regions Hospital Foundation. She has served on and has chaired visiting teams for regional accreditation by the New England Association of Schools and Colleges. Dr. Hanson received an honorary Doctor of Humane Letters from College of Santa Fe in 2005 and was named one of 25 “Women Industry Leaders” by Minneapolis/St. Paul Business Journal in 2011. She received an Outstanding Alumni Award from Southern Nazarene University in 2007. 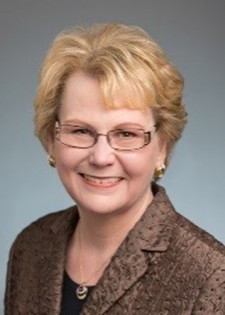