Judge Louis Schiff has been an adjunct faculty member since 2008. He has taught a course called “Law and Cinema: Are Lawyers Still Our Heroes.” In 2013 he developed a course, “Law and the Business of Baseball,” which he has taught each summer since 2013 in conjunction with the Minnesota Twins and the St. Paul Saints. Judge Schiff co-authored Baseball and the Law: Cases and Materials with Professor Robert M. Jarvis, the first baseball law casebook written specifically for law school use, published by Carolina Academic Press. The book was awarded the 2017 SABR Baseball Research Award by the Society for American Baseball Research. Schiff has served as a Broward County Court (Florida) judge since he was elected in 1996, and was been reelected in 2000, 2006, 2012, and 2018. He also serves on the faculty of the National Judicial College, Florida College of Advanced Judicial Study and the Florida Judicial College. 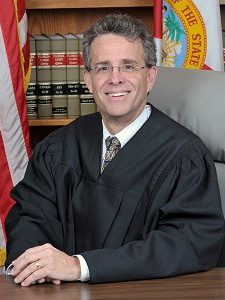