In the movie The Matrix, the main character is given a choice: swallow a blue pill and live his life as before, or swallow a red pill and see the invisible matrix that underlies apparent reality. Learning law is a little like swallowing the red pill. A matrix of social relations flows around each person, each object, each act. The law attempts, imperfectly, to define the limits and obligations of our social relations; in doing so, it gives us a glimpse of the social matrix.”

I am interested in the complex interaction of law and social relations. The focus of my research and writing has been on behavior that is either formally illegal but socially acceptable, or formally legal but socially unacceptable, and the struggle of legal institutions to respond to such behaviors. I have also written about dispossession and restitution, particularly in Central and Eastern Europe.

Professor Edwards was voted Professor of the Year for 2007-2008, 2010-2011, and 2013-2014 by the William Mitchell student body.
He is actively involved in Mitchell Hamline’s judicial clerkship program, which ranks among the top 20 in the country.
He has served as faculty representative to the Board of Trustees for several years.
He has taught in summer programs in Prague and London for several years. 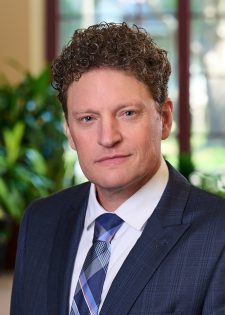