Megan worked as the Federal Contract Compliance Manager at the largest privately held company in the United States. In that role, she was responsible for managing compliance with Equal Employment Opportunity and Affirmative Action laws. She acted as the primary liaison between the company and the OFCCP, managed a team who facilitated AAPs, and conducted the pay equity analysis.

Megan also worked for an employment litigation firm on discrimination matters, clerked for Judge Janie Mayeron, Judge Jeanne Graham, and externed for Judge Michael Davis of the U.S. District Court for the District of Minnesota. She taught Employment Law as an adjunct professor at Hamline University and coached Duberstein Moot Court for the University of Minnesota Law School. Megan has authored articles and has been invited to lecture on a variety of employment law issues.

In addition to her law degree, she has an Alternative Dispute Resolution Certificate from the Hamline University School of Law. 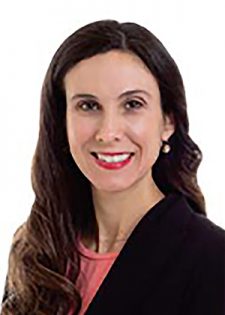