Professor Konar-Steenberg’s most recent scholarship explores the potential application of the Thirteenth Amendment to environmental justice claims. He has published several articles on the application of the dormant Commerce Clause doctrine, including an empirical analysis of the impact of judges’ party affiliations on dormant Commerce Clause decisions. Professor Konar-Steenberg is co-editor of the third edition of George Beck’s Minnesota Administrative Procedure, an online collaboration with members of the Minnesota Bar Association Administrative Law Section and other administrative law practitioners. Access to the treatise is available free-of-charge.

As associate dean, he was responsible for overseeing the establishment of the nation’s first hybrid on-campus/online J.D. program and participated in the successful combination of William Mitchell College of Law and Hamline University School of Law.

In November 2020, Professor Konar-Steenberg was appointed by Governor Tim Walz to serve on the Minnesota Environmental Quality Board, a state agency coordinating state environmental policy. His pro bono practice has included work with the Minnesota Center for Environmental Advocacy and the Advocates for Human Rights. He has served as a trustee for Lake Country Montessori School and was the founding chair of the board of directors of Great River Montessori School. 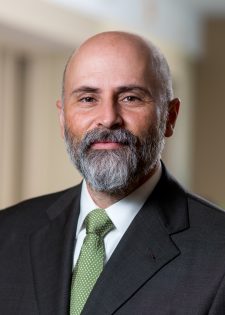