Robert Zimmer, Jr., received a B.S. in Radio-TV-Film from the University of Texas at Austin. He received his J.D., with honors, from Whittier Law School in Southern California. He clerked for a year at the American Civil Liberties Union (ACLU) of Southern California, and is the author of the practice guide “The Surrogacy Minefield: Practice Issues for Attorneys and their LGBT Clients Seeking to Use Artificial Reproductive Technologies,” also published in the Whittier Law Review (35 Whittier L.R. 311 (2014)).

Since 2015, he has owned the law firm Zimmer & Associates, a specialty boutique practice which focuses half its time serving under-served/lower-income populations who have been abused by debt collectors and creditors.  This aspect of the practice is litigation focused. The other half of Zimmer & Associates’ specialty practice is transactional and is focused on representing entertainment industry clients such as screenwriters, producers, recording artists, and authors.

Zimmer is himself an accomplished writer and producer in film, TV, and commercials. His award-winning work has been seen around the world on six continents, including at the Sundance, SXSW, Outfest, Tokyo, and Cannes Film Festivals, among dozens of others.

He divides his time between Austin, Texas and Los Angeles, California, and in his downtime enjoys fine wine, politics, travel, and beagles. 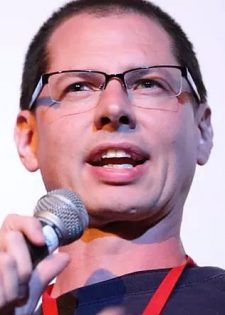