Sam Clark is the civil division director at the Ramsey County Attorney’s Office. He was a partner at Greene Espel and served as Saint Paul city attorney from 2015 to 2018. There he led one of the largest public law offices in Minnesota and oversaw a team of more than 70 legal professionals providing comprehensive legal services to the mayor, council, city departments, Housing Redevelopment Authority, Port Authority, and Public Housing Agency. Clark worked in senior staff positions for U.S. Senator Amy Klobuchar from 2012 to 2015&mdash;in Washington as the senator’s counsel on the Judiciary Committee then in Minnesota as her state director. He was an attorney at Greene Espel from 2009 to 2011.

Clark is a 2008 graduate of Yale Law School and clerked for Judge Michael J. Davis at the United States District Court for the District of Minnesota. He earned his undergraduate degree in government from Harvard College in 2005.

Clark serves as the vice chair of the board of directors at Ujamaa Place, a nonprofit focused on assisting young black men experiencing barriers to success such as unemployment, homelessness, drug use, racism, and frequent interactions with the criminal justice system. 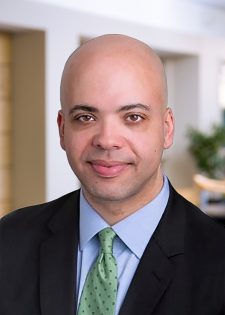