Judge Sara Grewing was appointed to the Minnesota Second Judicial District bench on December 23, 2014 and was elected in 2016. Her current term expires in January of 2023. Judge Grewing currently presides over felony criminal matters and is a co-chair of the district’s equal justice committee. Prior to her appointment she served as the St. Paul city attorney after serving as the chief of staff to the mayor of St. Paul. Prior to that she was the state director for United States Senator Amy Klobuchar. She is a former associate attorney at Flaherty and Hood, and a former assistant Hennepin County attorney. She has served on the board of directors for the Saint Paul Public Schools Foundation and as a member of the president’s leadership circle for Minnesota Women Lawyers. 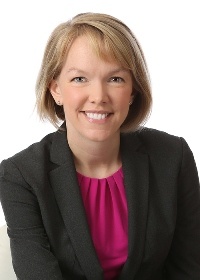