Committee Floor or Open Court? Where will Big Tech’s Next Regulation Come From?

Second-year Mitchell Hamline student Jacob Skurka discusses the recent suit against Google.  For those of us with Android smartphones, Google is a pervasive part of the experience of using our device. Apps made by Google come preinstalled with nearly every phone sold, and even the way that we usually get new apps, the Play Store, is owned and controlled by Google. 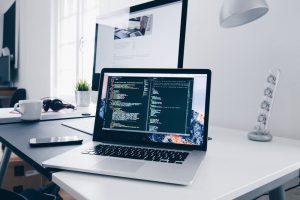 Article by Jacob Skurka, 2L student at Mitchell Hamline and Writing Associate for the Journal of Public Policy and Practice Volume 42.

For those of us with Android smartphones, Google is a pervasive part of the experience of using our device. Apps made by Google come preinstalled with nearly every phone sold, and even the way that we usually get new apps, the Play Store, is owned and controlled by Google. For a long time, this kind of total control seems to have received a pass from consumers and consumer advocates even while competitors grumbled about the lack of support for their alternatives. Now the Justice Department has said that enough is enough. A lawsuit filed by the Trump administration in October against Google alleges that it abused its monopoly power in an anti-competitive way and in violation of the Sherman Antitrust Act. Then, in December, a coalition of 38 states and their attorneys general filed suit separately and asked for their claims to be joined to the federal lawsuit. Even though the Trump administration has left office, it seems unlikely that the Biden administration would seek to withdraw the lawsuit considering that a bipartisan coalition of states and lawmakers in Congress agree that action needs to be taken on big tech.

To hear the plaintiffs tell it, we have been here before. Many of the facts and much of the law in this case bear a striking resemblance to United States v. Microsoft. In that case, the Justice Department sued Microsoft in 1998 over its actions to bundle Internet Explorer (IE) with the Windows operating system. It argued that this allowed Microsoft to abuse and perpetuate its monopoly over operating systems to win the so-called “browser wars” by preinstalling IE and making it more difficult for Windows to work with competing browsers, such as Netscape. Microsoft’s response then was that Internet Explorer was a feature of Windows, not an independent product, and so it was natural that it should come preinstalled with Windows and removing it would make Windows a defective product.

The states and the Justice Department have made very similar allegations against Google. They argue that Google has abused its contracts with smartphone manufacturers to maintain its dominance in what the department calls the “general search services” market. The plaintiffs define that market as tools used to begin a general search, as opposed to searches conducted within a site (like searching for a specific product on Amazon) or searches conducted for specialized services (such as Yelp or Travelocity). Google’s answer to the complaint reveals that they will fight this issue on summary judgement and at trial. Whether there exists a market for “general search services” is particularly relevant because of how violations of the Sherman Antitrust Act are analyzed.

Under the Sherman Antitrust Act, two types of conduct are punishable. Section 1 prohibits agreements to unreasonably restrain competition. Neither the states nor the Justice Department are alleging that Google’s contracts constitute this kind of direct agreement not to compete. Section 2 prohibits any action to acquire monopoly power or maintain it once it has been acquired. The Act acknowledges that monopolies can arise naturally or “as a consequence of a superior product, business acumen, or historic accident,” but it forbids using this monopoly power in an anti-competitive way or taking other actions to prevent new entrants in the market from challenging that monopoly.

This is what the Justice Department and the states argue Google has done with its dominance as a general search engine. Google offers mobile device manufacturers a portion of the revenue from their search advertising business, but they condition these payments on the manufacturers’ acceptance of restrictive contracts that require them to do many things. Manufacturers usually must preinstall Google search as the default search engine for the device and give it a prominent place on the home screen, provide the user with a complete suite of apps including the Google Play Store app, sign an agreement not to develop new versions of the open source Android operating system, and agree not to install any other general search systems as a default.

This last point will likely be litigated heavily at pretrial hearings and possibly at trial. In its answer to the complaint, Google does not present much of its own theory of the case or provide affirmative defenses, relying instead on its required answers to Google’s allegations. However, each time the plaintiffs argue that Google’s contracts require not only mandatory preinstallation of its search tools and apps but also ban the installation of other search tools alongside them, Google takes special care to deny this allegation in particular and with specificity. Google thus argues that its contracts do not require that Google be the only search engine preinstalled on the device, merely the default one. This will be an interesting question of contract interpretation, especially because it goes to the heart of the Act’s elements requiring that actions are taken to stifle competition.

This lawsuit is far from the only legal challenge facing Google. Aside from the public embarrassment of being hauled up in front of congressional committees to be grilled by lawmakers on both sides of the aisle on multiple issues, the European Union has begun to take proactive regulatory steps to reform the regulations governing big tech in the legislative sphere. The Digital Services Act (DSA) and Digital Markets Act (DMA) were proposed by the European Commission in December and will now go to the EU member countries for ratification. These acts are the EU’s policy response to the rise of big tech and the culmination of what began with a flurry of lawsuits over the last five years. The DSA is chiefly aimed at cracking down on illegal content and protecting the information rights of users, and it imposes proactive reporting and transparency requirements on all online providers. Its companion bill, the DMA, is aimed squarely at the same monopolization concerns raised by the Justice Department’s lawsuit.

The DMA creates a new category of online platform, which it calls “gatekeepers.” A tech company counts as a gatekeeper if it has (1) a strong economic position active in multiple EU countries, (2) a “durable” and “entrenched” position that is stable over time, and (3) performs an intermediation role linking a large number of businesses to customers. Once a business is tagged as a gatekeeper, many new obligations and restrictions apply to it.

The services a gatekeeper provides are defined as either core or ancillary. In Google’s case, for example, search and advertising would be core services and Google Maps and Google Pay would be ancillary services. Gatekeepers cannot treat their own services more favorably than other services in a search or other ranking context. They cannot automatically sign users in to related services, such as logging a user in to YouTube when they check their Gmail. They cannot require their users or business customers to sign up for or preinstall various ancillary services as a condition of having access to the “core” service, sometimes called tying or cross-tying. They must permit third party ancillary services to “interoperate” with the gatekeeper’s own core services on the same terms as the gatekeeper’s own ancillary services. These are just a few.

Many of the individual acts that are alleged by the Justice Department to be elements of proving a Sherman Antitrust Act claim are violations of the DMA in and of themselves, such as the required preinstallation of a suite of Google apps. This shows that the EU is adopting a much more legislatively granular approach to regulation of monopoly power than the US has, defining not only the result of a monopoly that harms consumers but also the individual actions that cause it. To be fair, the Sherman Antitrust Act is 130 years old and the DMA is not even legislation yet, having to be revised and ratified by the 27 legislatures of the individual member states. But it remains to be seen whether the proposal will influence US lawmakers in crafting a legislative solution to problems around big tech.

If the proposal passes without much amendment by member states and gatekeeper platforms find a way to work with it and don’t challenge it overmuch in court, it would bolster arguments for revising antitrust laws here in the US that are being made by consumer advocacy groups, such as the Electronic Frontier Foundation, and by some legislators. This could alleviate the need for lawsuits on more general statutes like the Sherman Antitrust Act. If the DMA fails in the member states, is heavily defanged by amendment, or its enforcement gets held up by endless court challenges, it could set back a legislative response to regulation, but it seems unlikely to put the brakes on litigation that has broad bipartisan support from 38 states with governors and attorneys general from both parties

Writing on the Wall

It looks inevitable that Google, as well as other tech giants, are going to face increased regulation and the specter of possible breakup in the near future. Legislative debate so far has centered around whether there is a need for new law or simply better enforcement of existing law, with conservatives and liberals agreeing that something needs to be done and articulating different but not necessarily conflicting reasons why this is so. With Democrats concerned about monopoly power and online disinformation and Republicans concerned about perceived anti-conservative bias in social media algorithms and data privacy, a recipe for a negotiated bill begins to take shape. The results of the Justice Department’s lawsuit and the DMA may give us some insight into just what congress will or won’t do.

Previous Post:
Remembering the Life of Ruth Bader Ginsburg by Amanda Teske
Next Post:
The Need for Early and Continuing Mental Health Treatment as shown by the COVID-19 Pandemic