A Triple Play for Fairness 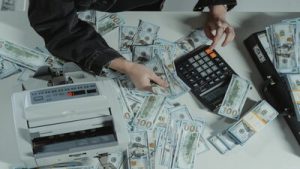 Most of us probably would not think of being asked to work through lunch as comparable to having our pocket picked, but that is, in fact, how American jurisprudence defines it. Wage theft is the term the law uses whenever an employee is deprived of lawfully earned wages, whether an employer does so intentionally or not.[2] This term encompasses off-the-clock violations where employees are asked to work before or after clocking in, to work through breaks, illegal deductions for damage or loss of employer property, failure to pay overtime, and many other creative ways that unscrupulous employers steal money from those who support and enable their business.

It might seem dramatic to use a term from criminal law, theft, to describe these violations because that term, by definition, implies intent. Theft requires mens rea; a person can accidentally take something but cannot accidentally steal something. However, it’s really a testament to the severity of the problem and the vulnerable position that employees are in that we use such serious language. Studies have estimated that each year, the amount stolen from employees through wage theft is greater than all money stolen from everyone in every robbery, larceny, burglary, and auto theft combined.[3] Furthermore, the employer holds all the cards: they write the timesheets, they define the policies, and they have greater bargaining power in nearly every industry. Given all that, it’s not hard to see why it’s appropriate to put a thumb on the scale for workers, both by using more severe language and by enforcing more employee-friendly policies.

Minnesota has therefore tipped the balance of enforcement toward workers in several ways. First, Minnesota’s private attorney general statutes provide for recovery of attorney’s fees in cases of wage theft and for that recovery to be mandatory.[4] Mandatory attorney’s fees provide an incentive for plaintiff’s attorneys to take even small-dollar claims where a contingency fee otherwise would not cover a lawyer’s costs of litigating a case. Moreover, Minnesota in 2019 enacted a law criminalizing intentional wage theft, with penalties of up to $100,000 and 20 years imprisonment for serious violations.[5] The Minnesota Attorney General’s Office has used this provision as leverage to compel settlements that have obtained hundreds of thousands of dollars for workers.[6]

These are powerful steps to stamp out wage theft. Now, it’s time for Minnesota to put another nail in the coffin of this practice. Minnesota should adopt a statutory presumption of treble damages[7] for wage theft.

Treble damages are one of the most effective steps legislators can take to ensure their constituents are paid what they deserve.[8] In fact, a statistical analysis conducted by Daniel J. Galvin, a Professor of Political Science at Northwestern University, suggested that treble damages may be the only statistically significant deterrent to wage theft by minimum wage violation.[9] In addition, the National Employment Law Project, another major policy think tank, found that private enforcement is hampered by the small-dollar nature of many claims, which treble damages would help.[10]

Courts have long used treble damages as a way to punish particularly egregious or outrageous behavior. But the use of treble damages shouldn’t be limited only to moral retribution. From a purely rational economic point of view, some employers will view wage and hour violations as simply a cost of doing business. Even if it is cheaper now to repay employees and pay a small fine than it would be to comply with the law, it is hard to imagine that it would be three times cheaper to do so than to pay employees properly.

The possibility of treble damages could also help motivate employees to pursue redress for even relatively small amounts of stolen wages.  The rise of binding arbitration in employment agreements[11] and multiple Supreme Court holdings that the Federal Arbitration Act pre-empts state regulation of arbitration[12] have greatly diminished the opportunity for employees to aggregate small-dollar claims in a class action. Increasing the amount of damages awarded over and above attorney’s fees can go a long way toward helping employees secure representation for their claims, even if they are bound by contract to arbitrate those claims individually.

Minnesota would be far from the first state to authorize treble damages when employers steal wages from workers. A 2011 study found that five states mandated treble damages for wage theft in all or almost all cases, and ten others either permitted or mandated courts to award them in some circumstances.[13] Though there are few more recent studies specifically analyzing treble damages on a state-by-state basis[14], based on the growth in union activism and the 2021-2022 labor shortage, it is likely that more states will join this group as the bargaining power of workers rises.

So, what would a model law look like? In practice, it would mean that when an employer commits wage theft, a rebuttable presumption is created that the employer was at least negligent in not paying its workers, and because of this negligence treble damages would be automatic. An employer could overcome this presumption of negligence by showing that its failure to pay was a non-negligent mistake—essentially, that the employer exercised due care in trying to pay the correct amount. This is an inverse negligence standard; in effect, it puts a burden on the employer to show that it acted reasonably. It would be a fact question for the jury or the tribunal, subject to summary judgment like any other fact question.

Given the amount of accuracy and oversight that most of us expect our employer to have when writing our paychecks, juries will be unlikely to excuse many cases of wage theft. Still, this standard allows for leniency in extraordinary situations such as bad legal advice, incorrect guidance from the Attorney General’s office, or malfeasance by employees or payment processors. For example, in the rare case where an employer truly acted in good faith to pay employees for every hour they worked, but a rogue manager required employees to work off-the-clock to improve his payroll numbers and did this despite the company’s clearly enforced policy against it, then the company would probably not be liable for more than the amount that was actually underpaid.

This approach balances our society’s decision that employees need special protections in the inherently unequal employment relationship with an understanding that compliance may be difficult and burdensome for smaller employers. Despite the seriousness of the wage theft problem, a balanced approach that addresses the legitimate concerns of law-abiding businesses is more likely to get buy-in from the business community and lead to a lasting policy compromise than one that makes businesses strictly liable for treble damages in every situation. This is true even though some more unscrupulous businesses might raise those same objections in bad faith.

In addition to those concerned with employee’s rights, fiscal conservatives and the business community should also support tougher action on wage theft because it makes our economy fairer for all businesses . When some bad actors can reduce their cost of labor by committing wage theft, that cost is borne by law-abiding businesses, because those who obey the law will be outbid and driven out of the market by the bad actor’s low labor costs. Small businesses in particular should support such a reform because, in an increasingly subcontracted economy, the costs of compliance often fall on them.[15] These smaller employers and contractors who play by the rules simply cannot compete on price with those that break the law, and their large business counterparts know and exploit this by creating a race to the bottom among their vendors.[16] Responsible small businesses should thus be outraged when their competitors undercut them by stealing from their own employees.

Even if serious debates about the size and scope of government or the ability of our economy to work for all Minnesotans are too heated to resolve right now, policy makers from across the political spectrum should be able to agree, at a minimum, that businesses should obey the law and pay what they owe. Treble damages will not eliminate wage theft, but they will improve the health of our state’s economy. Even under divided government, all legislators should support making our economy fairer for businesses and workers alike, because thieves are no one’s constituents.

[1] The author is a third-year law student at Mitchell Hamline School of Law and a Certified Student Attorney.

[3] Three billion dollars was stolen from workers in three large cities in 2012. If this amount is accurate on a per capita basis when expanded to the United States as whole, then $50 billion was stolen in wages nationwide that year. By contrast, only $14 billion was stolen in all robbery, burglary, larceny, and auto theft cases that year. An Epidemic of Wage Theft Is Costing Workers Hundreds of Millions of Dollars a Year 2. Econ. Pol’y. Inst. (2014), https://files.epi.org/2014/wage-theft.pdf.

[7] Treble damages are damages three times the amount necessary to make the victim of a tort or non-breaching party of a contract whole again.

[14] Only Deterring Wage Theft, cited Supra, is known to the author.

[15] See generally David Weil, The Fissured Workplace: Why Work Became so Bad for so Many and What can be Done to Improve it, Harvard University Press (2018).

Previous Post:
Voting – The Role of Law Students and Attorneys in Safeguarding this Human Right: An Excerpt