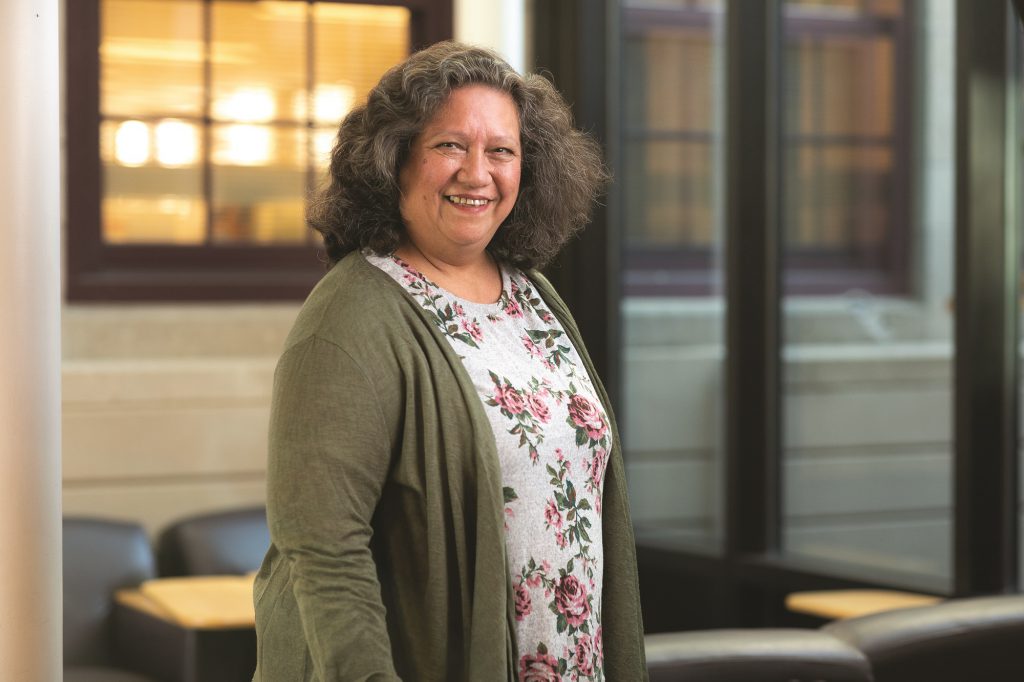 Laura Galland relished the cultural diversity and general emphasis on culture in Hawaii, where she grew up. She also noticed how poorly the government treated native Hawaiians regarding their land.

Galland, a fourth-year student at Mitchell Hamline, lives in Arizona now and has been a paralegal in civil litigation for 30 years. When she entered the second cohort of Hybrid program students in 2015, Galland’s childhood cultural observations spurred an interest in Indian law.

“I’ve found that I really do love Indian law, so a large part of my focus is going to be in Indian law,” she said. “As long back as I can remember, my entire interest in the law was justice, which we know is not equivalent to fairness, but you try to find something close.”

Galland enrolled in Mitchell Hamline’s Indian Law Clinic, where Professor Colette Routel has been guiding the class in researching and writing amicus briefs in three cases before the U.S. Supreme Court. One of those cases, State of Washington v. United States of America, centered on Indians’ treaty rights to fish off-reservation in Washington, where government agencies have constructed culverts that have prevented salmon from swimming upstream to spawn.

Some students traveled to the Library of Congress in Washington, D.C., to gather sources for their research, which included state and federal case law and historical documentation regarding fish obstruction in the 19th century. In June, the Supreme Court affirmed the Court of Appeals’ ruling in favor of the U.S. government and several tribes.

As a Hybrid program student, Galland contributed to all three cases remotely by doing online research and analysis and submitting material for the briefs. “One of the beauties of legal writing and research is it can be done from anywhere,” she said. “You don’t have to be physically present.

“There have been times recently that I have spent more than 16 hours doing nothing but working on my research because we’re coming up on a deadline,” she added. “It’s not unusual for me to do that for the clinic. They’re real clients. That’s exciting to me.”

Galland says she plans to take the bar exam in Minnesota and then become licensed to practice in multiple states. She also would like to remain involved with the Indian Law Clinic after graduation. “I know I won’t just want to walk away.”

Nancy Crotti is a freelance writer, editor and speechwriter in St. Paul