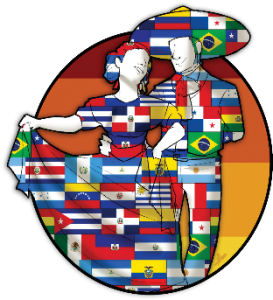 This week marks the end of Hispanic Heritage Month. Every year, the celebration begins on September 15th because five Latin American countries celebrate their own independence that day: Costa Rica, El Salvador, Guatemala, Honduras, and Nicaragua. In addition, Mexico celebrates its Independence Day at the end of September 15th as the clock strikes midnight on September 16 with the “Grito de Dolores” – the cry of Dolores that happened during the Mexican War of Independence.

Hispanic Heritage Month recognizes and celebrates the cultures and contributions of Latino Americans, tracing their roots to Spain, Mexico, Central America, South America, and the Spanish-speaking nations of the Caribbean.  As this month ends, we want to share the rich history, heritage, and accomplishments of past and present Latino Americans.

The term Hispanic or Latino refers to a person’s culture or country of origin versus their race. The Latino community is both diverse and complex and includes white Latinos of European origin, Indigenous people, Afro-Latinos, and mixed-race individuals. The Indigenous roots of Latin American culture are rich, beautiful, and diverse; we acknowledge that the land was the first home to Indigenous communities. It is also important to understand the long history of violent colonization, ethnic cleansing, and the generational trauma that persists within the Latino community.

Within the United States, Latino Americans have an equally complex history. While the presumption is that most Chicano Americans of Mexican origin crossed the border to come to the U.S., for many in the southwestern United States, the border crossed them after the Mexican American War in the 1800s.  More recently, Latinos from Mexico, Central, and South America, like Irish and Italian immigrants in years past, have faced increasing xenophobia. From hateful rhetoric referring to Mexicans as “rapists and criminals” to draconian immigration policies along the southern border largely targeting Latino asylum seekers, the past five years have been particularly difficult for Latinos in the U.S.

But there is reason for hope. Just as the 2020 version of Hispanic Heritage Month comes to an end, Latinos across the country are already voting. They are projected to be the largest minority group among eligible voters for the first time in a presidential election.  After all, in the words of Latino activists for generations, “El Pueblo, Unido, Jamas Sera Vencido!”  (The people, united, will never be defeated.)

Director for Diversity, Equity, and Inclusion