Nine Mitchell Hamline students are part of the initial offering of a class this spring that focuses on transgender rights and the law. 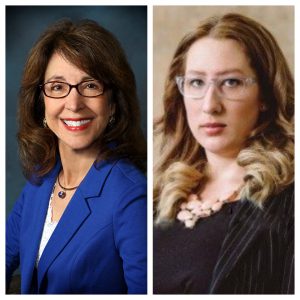 Profs Ellen Kennedy and Tara Kalar ’12 are the class’s instructors.

Transgender rights have a long history in the state. Minneapolis was the nation’s first city to pass trans-inclusive civil rights protection in the 1970s, and Minnesota was the first state to do so, in 1993.

“In the nearly half-century since that landmark legislation, transgender rights have moved forward but they have also faced a significant backlash both locally and globally,” according to the class syllabus. “This course examines these two competing trajectories.”

“We’ve included speakers touching on all facets of the intersection of transgender rights and the law,” said Tara Kalar ‘12, a human services judge at the Minnesota Department of Human Services and one of the course’s instructors. “We’re really giving the students a well-rounded perspective on transgender rights.”

To that end, the class recently heard from Judy Shepard, the mother of Matthew Shepard, a 21-year old gay college student who was beaten, tortured, and left to die in 1998 near Laramie, Wyo. He died six days later; his death helped spur the drive for civil rights for the LGBTQ community, especially around hate crimes legislation. His parents soon became active in promoting the cause. 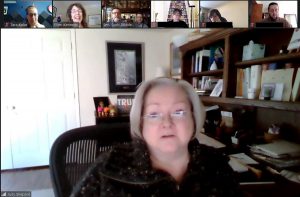 “I’m an off-the-scales introvert,” Shepard told the class. “So this wasn’t a natural fit, but doing this work is my grieving.

“This is how I survive and why I get out of bed.”

Shepard was joined in the class by Minnesota state Sen. Scott Dibble and state Rep. Athena Hollins, who are sponsoring legislation this year to ban the use of a person’s perceived or actual sexual orientation or gender identity as a defense for assaulting or murdering an LGBTQ person. Similar legislation recently passed in Virginia and is often referred to as a “gay panic defense ban.”

In the trial for the two men who killed Shepard, a defense lawyer claimed one attacker was driven to temporary insanity by alleged sexual advances from Shepard. That legal tactic didn’t work, though it gained popularity as a result. 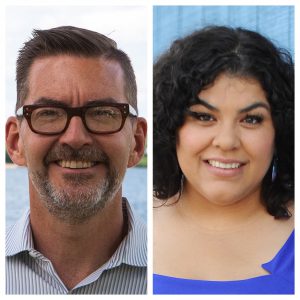 Rep. Hollins told the class she was 15 when Matthew Shepard was murdered, a time when she was debating whether to come out as bisexual to her family. “[The murder] affected me so profoundly and made it real and scary,” she said. “And I can’t believe we are still in this position where we have to fight to say that it’s not okay to murder someone because you didn’t realize their sexual orientation or gender.”

Sen. Dibble also recalled a vigil that drew more than 1,000 in the days after Shepard died. ”It was a galvanizing moment,” he said.

The course is happening during a critical time for transgender law. The U.S. Supreme Court ruled last year that protections in the 1964 Civil Rights Act do extend to discrimination against gay, lesbian, and transgender people. Congress is currently debating the Equality Act, which would ensure those protections are extended beyond the purview of the Court’s opinion. And President Biden signed an order early in his presidency to reverse a Trump-era policy that largely barred transgender people from serving in the military.

“We do not grow up hearing our stories, or the stories we hear have been straightwashed,” said Jonathan Long, a 3L blended-learning student from Texas who is in the class. “In the LGBT+ community, there’s a strong focus on cisgender white gay men. Bisexuals are often erased from the narrative, and transgender people face not only erasure but active discrimination from other members of the LGBT+ community.”

Another student is Brenda Pfahnl, a 2L who hopes to practice immigration law and be an effective ally and advocate for transgender people. She’s already worked on issues in clinics and in her clerkship “where clients have faced persecution based on their gender identity. It’s important to understand the social and legal issues that the LGBTQ+ community faces.”

“Transgender people, especially women and girls who are Black, have experienced epidemic levels of harassment, violence, and murder in the U.S. in the past several years,” said Ellen Kennedy, the course’s other instructor. “This course provides a context for understanding the targeting of this vulnerable minority in the U.S. and elsewhere and for opportunities to support legal redress.”

Kennedy and Kalar hope the course, titled “Transgender Identity: Rights and Challenges Locally and Globally,” can be offered annually.

Note: Ellen Kennedy, who is also executive director of World Without Genocide at Mitchell Hamline School of Law, cowrote this commentary in the Star Tribune with Sen. Dibble and Rep. Hollins about the gay panic defense ban.