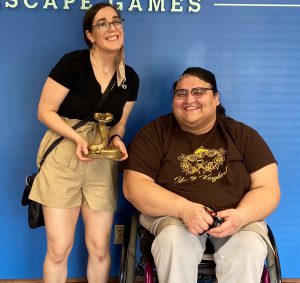 After finals ended last winter, Mitchell Hamline students Ge-Waden Dunkley, Annika Sanora, and Alia Hawkins got to work. They weren’t getting a head start on the spring semester but rather answering a call from Professor Colette Routel, seeking help on a brief she was co-writing in a case over tribal sovereignty.

On Tuesday, that hard work paid off when the U.S. Supreme Court handed down the latest in a series of recent court rulings that have affirmed tribal sovereignty.

Dunkley, a member of the Bois Forte Band of Ojibwe, Hawkins (Eastern Band of Cherokee), and Sanora, an officer in Mitchell Hamline’s Native American Law Student Association, were studying Indian law and found the opportunity to work on the case hard to pass up. The students helped cite check, an important part of the editing process to make sure Routel’s citations were correct.

Earlier this year, when justices heard oral arguments in the case, U.S. v. Cooley, Routel’s amicus brief was mentioned by one of the attorneys arguing the case. On Tuesday, the court issued a 9-0 ruling that aligned with Routel’s arguments.

Specifically, the court held tribes could temporarily detain and search non-Indians believed to have committed crimes within Indian Country.

“I am beside myself with elation,” said Dunkley, a rising 3L who will serve as president of Mitchell Hamline’s Native American Law Students Association (NALSA) this year. “This is monumental for tribal sovereignty, and I am honored to be a part of this historical moment.”

At issue was a 2016 case in which a non-Native man argued tribal police on the Crow reservation didn’t have the authority to search his pickup truck, during which they found drugs, guns, and cash. The arrest happened on a highway in Montana within reservation boundaries. 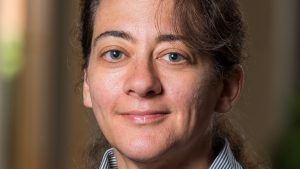 Routel’s brief, co-written by Heather Whiteman Runs Him from the University of Arizona Rogers School of Law, presented a history of tribal authority to temporarily detain non-Indians while investigating crimes within Indian Country. They argued the United States has long recognized such power by tribal police. They also wrote about treaties with the Crow and other tribes that acknowledged the right by tribes to investigate and detain “bad men” who would otherwise be prosecuted by the United States government.

During oral arguments in March, Routel’s brief was mentioned by deputy U.S. Solicitor General Eric Feigin during an answer to a question asked by Justice Sonia Sotomayor.

“This is an extremely important ruling,” said Routel, who added 9-0 decisions have been rare in recent Indian law cases. “The Court agreed that Indian tribes need to be able to temporarily detain and search non-Indians suspected of criminal activity in order to protect their communities.

“Tribal interests have now prevailed in the past five cases in front of the Court, demonstrating a clear shift in the Court’s willingness to respect tribal sovereignty and treaty rights.”

As Dunkley spent his winter break helping Routel during the edit process, he said the arguments Routel was presenting made him feel optimistic about the case – optimism that was validated on Tuesday. “These kinds of changes are made a reality by amazing tribal law advocates like the ones here at Mitchell Hamline who I have the privilege to learn from.”