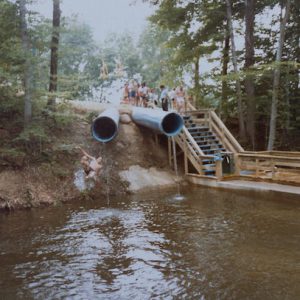 There might be no truer fit to the phrase “a lawsuit waiting to happen” than a now-defunct amusement park in New Jersey called Action Park. During its heyday in the 1980s and 90s, there were countless injuries and even a few deaths on the various rides and attractions.

From the litigation spurred by the park’s actions and inactions – more than 100 lawsuits! – adjunct professor Bill Childs has developed a course that focuses largely on tort law but also wades into administrative and insurance laws, along with federal and state statutes.

For Childs, an assistant general counsel for litigation at 3M, the course merges the experience he brings from his day job with an area of interest he’s long had: liability and other legal issues at amusement parks.

“Amusement parks and recreation more generally are a fascinating lens through which we can examine the law, and the specific instance of Action Park—where patrons had more control over their experience (and thus their risk) than any other park—is a particularly good example,” he noted. “Action Park itself is only part of the course – we spend time talking about the legal context for recreation and amusement activities more generally, and we get into incidents in the news today, as well.” 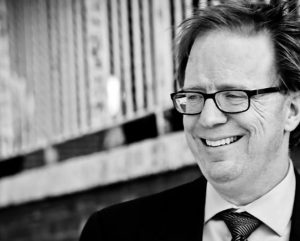 Often known by its nicknames – Traction Park or Class Action Park – the corporation that operated the park carried little to no insurance, instead claiming to be insured by what turned out to be a fictitious company. There were few limits on rides and attractions that would increase safety. Instead, patrons were put at the center of the action – and of the risk.

While this course, titled Recreation and Risk: Lessons from Action Park, has attracted more than two dozen students, the place isn’t only a topic for a law school course. It been the subject of a book – “Action Park: Fast Times, Wild Rides, and the Untold Story of America’s Most Dangerous Amusement Park” by Andy Mulvihill (son of the park’s owner) with Jake Rossen – and a documentary on HBO Max called “Class Action Park.” Mulvihill and Seth Porges, who directed the film, are expected guests this semester, as are attorneys who work within the amusement park industry. 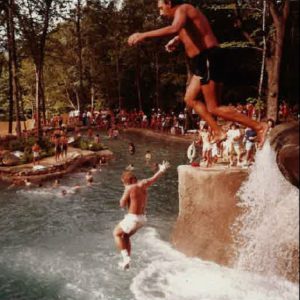 “I very much enjoyed joining a previous class Bill taught and look forward to this one at Mitchell Hamline,” said Mulvihill. “I’ll have to jog my mind and find more untold stories to keep things fresh.”

“I came up with this class to explore the law through that framing device, but also to give students a look at how many different doctrinal areas can affect any given industry,” said Childs.

“Plus, it makes for really fun and engaging discussions and we have a group of students with fascinating backgrounds, including a former theme park cast member and a current ski resort employee.”

Childs previously was on the faculty at Western New England University School of Law; this is his first time as an adjunct at Mitchell Hamline.

One final guest speaker scheduled to appear on the last day of class is Colette Routel, a longtime Mitchell Hamline professor who recently became a Hennepin County judge. Judge Routel worked at Action Park in her youth.